New Detroit band Blood Stone was invited to play their first show, coming up on Friday, Sept. 26th at the Lager House with Casual Sweetheart, Bermudas (Grand Rapids), and Deadly Viper Assassination Squad. We did a quick Q & A with the band to give you an idea of what to expect. 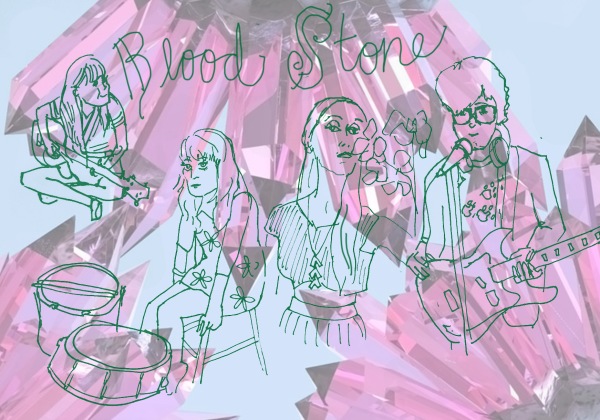 Who’s in the band and what do they play?

When and how did you become a band?

Two summers ago, Vanessa, Hannah and Ted played music together under the name Danielle but never got much done.  Things finally came together this May when Mary joined up and Blood Stone spent the rest of the summer writing songs.

How did you decide on your band name?

Can you describe your music?

Living room pop.
What bands (or other) are your influences/inspiration?

Who are your favorite Detroit bands?

This will be your first show, what’s next for Blood Stone?

Anything else you want everyone to know about your band?